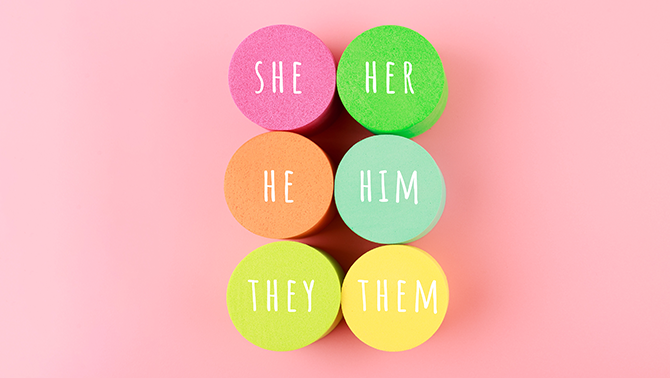 You’ve probably seen the following popping up on social media profiles or email signatures after people’s names: she/her, he/him, they/them, or even they/he or she/they. But what does it mean?

It’s actually not that complicated! Pronouns simply replace a proper noun, or name, in conversation. Instead of saying “That’s Trevor’s coat” you could say “That’s his/her/their coat.”

Pronouns have been deep within the ongoing conversation of gender and gender identity. Before we dive into how to correctly use preferred pronouns, let’s define the differences between sex, sexual orientation, and gender.

Sex refers to a person's biological status and is typically assigned at birth (male, female, intersex).

Gender is often defined as social norms, behaviours and roles that vary between societies and over time (man, woman, nonbinary).

Sexual orientation refers to physical, romantic and/or emotional attraction to members of the same and/or other genders (straight, gay, bisexual, lesbian, etc.)

See how they’re all different? It’s important to note that no matter what someone was assigned at birth (male/female/intersex), their gender identity exists separately. It’s gender identity that tends to influence pronouns.

Using a person's correct pronouns is a matter of respect, and organisations around the world are listening.

Countries including Argentina, Australia, Denmark, Ireland, Germany, New Zealand and United States allow passport holders to mark their gender as non-binary or X. However, the issue of these passports does not guarantee entry or transit through other countries, if they do not recognise the X gender marker.

In Australia it was first reported in the Australian media in January 2003, that Australians could choose ‘X’ as their gender or sex. Alex MacFarlane is believed to be the first person in Australia to obtain a birth certificate recording sex as indeterminate, and the first Australian passport with an 'X' sex marker in 2003.

If you know any of your travellers have an X on their passport, you’ll want to ensure you’re sending them to locations that will honour and affirm their gender identity and not put them at an increased risk.

There are still 69 countries that still have anti-LGBTQ+ laws in place, with some upholding outright bans. If you need more information on the LGBTQ+ environment in a particular country, visit Smartraveller.com.au for domestic and international travel advice -:

So you know a traveller’s preferred pronouns. How do you add them to your travel tech so you make sure their gender identity is affirmed throughout the travel process? While many HR IT systems have started to include preferred pronouns in their employee profiles, it’s a bit more complicated for travel technology.

How can the corporate travel industry work together to ensure technology can support travellers of all genders? For one thing, "the traveller profile needs to sync with other systems, like the GDS or OBT", says our Chief Product Officer, Michel Rouse.

“Not all GDS and OBT systems currently support X or U gender markers or non-gendered titles, which could cause a break in the connection between systems.”

Airlines, hotels, TMCs, and other travel organisations all need to collaborate to address the barriers to a seamless travel experience for transgender and non-binary travellers.

The journey of affirming gender identity in travel still has a long way to go, but the first place we can start is with our tech and policies. Talk with your Customer Success Manager and let them know your organisation’s desire for more gender inclusivity, especially adding preferred pronouns. 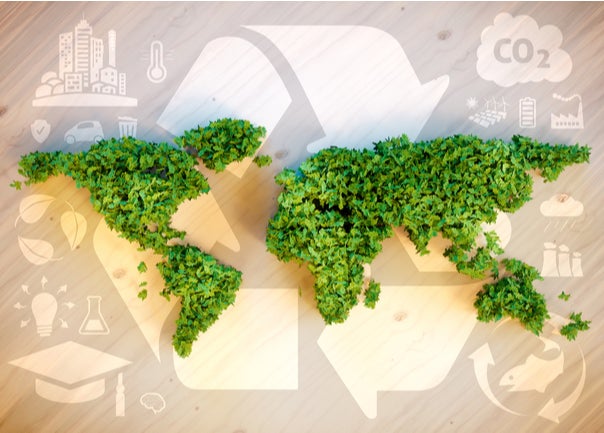 Sustainability in Travel: How to Make a Positive Impact

Sustainability in travel is a big issue and businesses and corporate travellers are more aware of their corporate social responsibility when it comes to business travel.
Read more about Sustainability in Travel: How to Make a Positive Impact 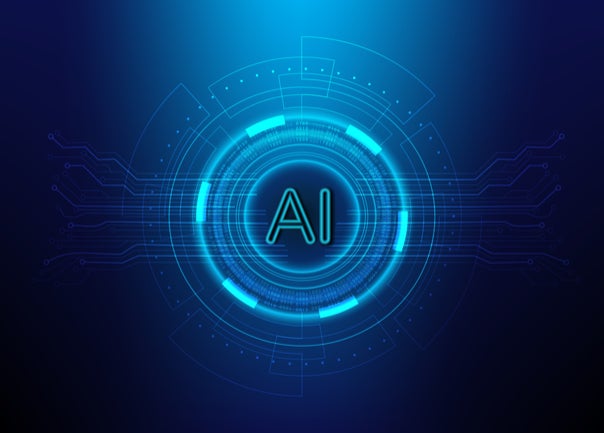 What is AI? A Guide for SMEs 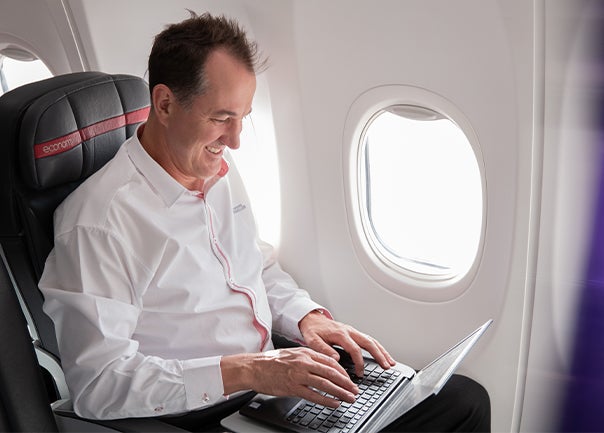 Are SMEs the key to Australia’s business travel recovery?

General Manager Tom Walley believes SMEs will not only be key in driving the recovery of the travel market, but their return to travel will also give Australia a much-needed economic boost.
Read more about Are SMEs the key to Australia’s business travel recovery?