Trends in the Airline Lounge-Scape

The amount of time I spend flying sometimes seems only slightly ahead of the time I spent in airport lounges.

This can be ahead of flights, during transit stopovers or even at the launch of new lounges before they open their doors to the travelling public.

After clocking hours in a pristine yet almost empty lounge, it's very odd to see passengers tromping in the next day tossing their bags everywhere and putting their feet up on the seats.

That exposure to the 'loungescape' shows some interesting trends in how airlines are approaching lounge design for today's business traveller. 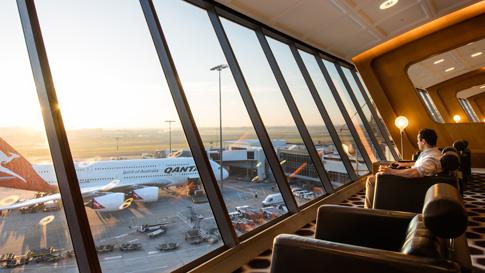 One trend is to have lounges reflect their location rather than be identical around the world.  Qantas adopted this philosophy for its lounges at Singapore, Hong Kong, Los Angeles and later this month London's Heathrow Terminal 1.

There are common, recognisable elements which make it a Qantas lounge – but also nods to where you are, so that each lounge has its own sense of place.

At the new Heathrow lounge, one of those plays is the tended bar on the lounge's upper level, which Qantas will promote as a gin bar – although it will of course also serve other spirits along with a variety of beers and wines (and, we suspect, some champagne kept under the shelf for first class travellers, Chairman's Lounge members and Platinum One frequent flyers).

"The concept of a gin and tonic is very iconic in the UK, and we have some fantastic artisan distilleries in Australia," Phil Capps, Qantas' Head of Customer Product and Service, tells High Flyer.

"We think we can both respect the local market while also bringing a unique sense of Australia into the lounge."

This cheeky coals-to-Newcastle approach will showcase some of Australia's unique gins to the UK market, headlined of course by Victorian boutique hero Four Pillars. 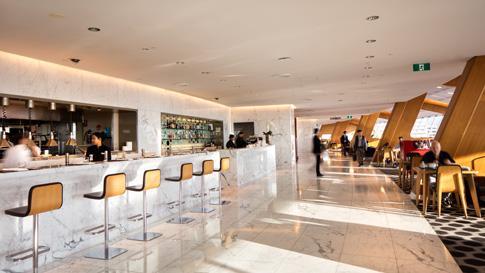 Qantas is also stepping away from corporate consistency on the domestic front, with new-look premium business class lounges embracing local colours and materials.

Already evident in the business class lounges at Perth and Brisbane, Melbourne is now going under the knife for a similar make-over which will be completed by the end of 2018.

Another trend is for lounges to embrace more of a residential vibe.

Cathay Pacific is the reigning champion of this, thanks to feted UK designer Ilse Crawford.  Under her influence the Cathay Pacific 'lounge look' draws its inspirations from a modern if highly-styled apartment with a warm palette, carefully-selected natural materials and a variety of curated furniture. 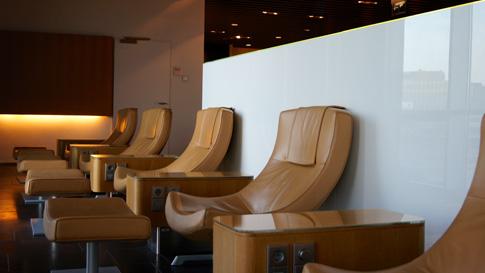 Step into Hong Kong's The Pier lounges – as well as those at London Heathrow airport, Bangkok, Taipei and from this week Singapore – and I guarantee you'll find them relaxing and calming, a welcome pit-stop in the usual rushing nature of business travel.

All the same, Cathay makes few nods to the actual location: that's mainly reserved for artwork and some dishes on the menu, especially asian dishes at the lounge's noodle bar.

Singapore Airlines' has an almost identical approach at its lounges in Sydney, Brisbane and London Heathrow, although not yet at airline's own Singapore Terminal 3 hub.

There's a feeling of being in a home, and the airline says it's even modelled the lounges on that environment by taking cues from an idealised kitchen, living room and study. 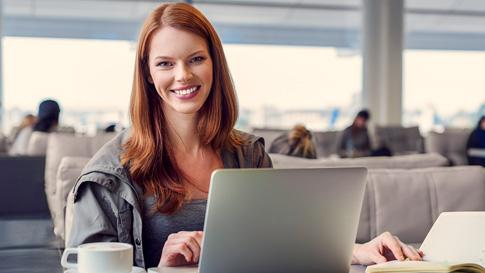 No matter the style of an airlines' lounge, dedicated working zones are getting smaller – if they still exist at all.

Gone are the rows of cubicles with clunky old Windows computers, printers and even far machines.  Some airlines keep a few desktops tucked away in one corner of the lounge, but these days almost every traveller carries their own working tech in the form of a laptop or tablet.

This has allowed airlines to axe the rows of desks and workstations and recover the space for general seating.

"For example, what's the configuration of a business zone? Do customers today use business in a different way?"

"It used to be meeting rooms and work tables with desktop computers, now customers are more inclined to do work at their seat, as long as they have a desk and some charging facilities."

This can mean equipping the lounge with a riot of AC and USB outlets.  Air New Zealand is quite good at this, particularly in its flagship Star Alliance lounge at Los Angeles.

Cathay Pacific also does very well, with the airlines' latest lounges boasting clever side-tables where the top drawer opens to reveal a pair of AC and USB ports.

There's no need to go searching for a power socket or reach down to plug in your tech: the juice is right there next to you.

Few people spend more time on planes, in lounges or mulling over the best ways to use frequent flyer points than David Flynn, the editor of Australian Business Traveller magazine. His unparalleled knowledge of all aspects of business travel connects strongly with the interests of Executive Style readers.