If you’ve flown domestically out of Sydney lately, the chances are that your aircraft has been full to capacity – and the stats prove it. The latest figures on the busiest domestic routes in the world rank Sydney - Melbourne as the second busiest and Sydney-Brisbane at number twelve. Plus Australia has just four carriers servicing this route. By comparison the world’s busiest route, from the holiday island of Jeju to Seoul in South Korea, travellers have seven carriers to choose from. While six carriers operate the third busiest route in the world, from Bombay to Delhi in India.

The 2019 annual departing frequency flight data, from OAG, shows that annually the Sydney - Melbourne route boasts 54,102 flights, with 33,443 from Sydney - Brisbane. That makes the skies above our east coast corridor, and the corresponding airports servicing these cities, very busy indeed.

Looking at the bigger picture, 13 of top 20 busiest world routes were within the Asia-Pacific region - with two routes each in Australia, India, China and Japan, and three in Indonesia. There were also two routes in the United States, however none in Europe which may be due to the continent’s extensive rail network and the shorter distances between cities.

With the rapid growth of individual wealth, business prosperity and the economies of a number of Asian countries, the travel and airline industries in this region are expected to boom. For short haul domestic flights Asian cities, such as China and India, are predicted to dominate these ranking over the next five to ten years.

However back home in Australia, business travellers are finding that spontaneous travel is quickly becoming a thing of the past on these high demand east coast routes. The key to securing the best seats and fares is planning ahead, booking as early as possible, harnessing the power of an Online Booking Tool (OBT) and drawing on Corporate Traveller’s strong supplier partnerships to negotiate an exclusive airfare deal based on your organisation’s annual travel volumes and spend.

Plus ask us about our free SmartFLY program, in conjunction with Virgin Australia, which gives your company access to exclusive domestic and international fares and rebates – with airfares savings of up to 20%. 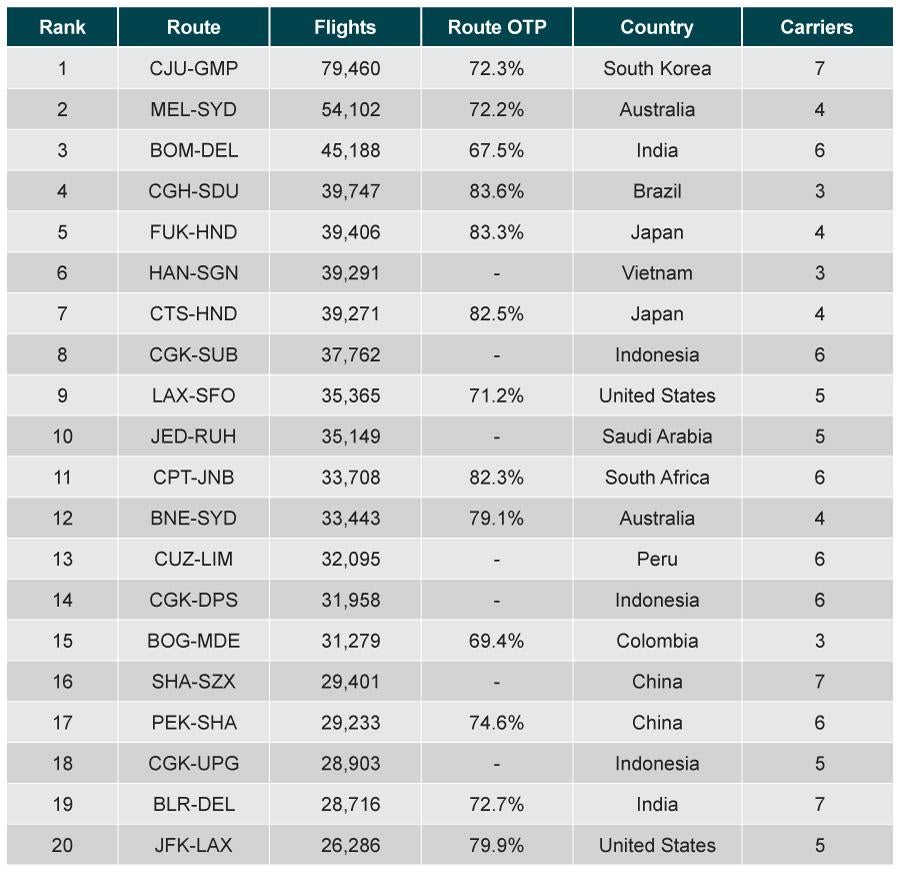