There's small airfare increases on the horizon but Aussie business travellers will more than make up the difference in value for money on flights in the next financial year.

Likewise, Qantas has sharpened its focus on the SME sector with the introduction of Qantas Business Rewards.  Members are already benefitting from  new discounts and extras on the ground and in the air.  The program also introduced separate QF points balances for companies to use for airfare redemption or staff incentives.

On the pricing front, benchmarking of airfares purchased from Flight Centre Travel Group's corporate brands showed average prices have decreased on all key domestic routes since 2014.

However, a jump in demand for flights between Sydney and Melbourne in the latter half of 2016 pushed airfares on those routes up two per cent.  The popularity of the route is expected to push airfares up a further five per cent in the next year.

With the only other comparable rise estimated for routes between Brisbane and Perth, it's a clear sign the major airlines won't be boosting capacity in the medium term.

Outside Australia, international corporate airfares are continuing to show outstanding value.  Flights between Sydney and Shanghai have dropped an astonishing 27 per cent in the last three years, the biggest fall of any major international route.  Sydney and Los Angeles routes came in second with a 16 per cent drop in the same period.

Other major destinations for SME travellers including Auckland, Singapore and Hong Kong all fell between three and nine per cent.

The airlines' shift to new pricing tactics such as Days of the Week fares, which increased prices on some routes for travel on Thursdays and Fridays, has signalled the 14-21 day advance purchase strategy can't be used as a hard and fast rule.  It's here you need to work with your Travel Manager to use buying tactics that will match the airline's dynamic pricing.

Staying ahead of these incremental increases means SMEs need to ensure they're exploiting the cheaper fare buckets more aggressively and keeping last minute ticket changes to a minimum.

Most importantly, 4th Dimension's analysis shows the airlines have dispensed with capacity battles in favour of a passenger first approach.  Despite some occasional airfare creep, the stability has given airlines a greater degree of freedom to tailor their offerings and invest in the passenger experience.

It's a great time to be taking to the sky. 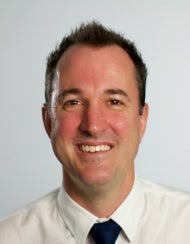